NEW YORK – Former NYPD Chief of Department Louis Anemone said Monday that Mayor Bill de Blasio does not have the police’s back and that “it’s a danger to the police.”

Anemone, who was on the force for 35 years, said that this would not have happened under Mayor Rudy Giuliani because he had “a pulse on the city.”

On the other hand, the former chief blamed de Blasio for the viral videos of cops being doused with water while bystanders watched.

“He’s the chief executive of this city of New York, the largest city in this country. He has not taken the lead for security, for public security, and for supporting the police. He’s been behind, way behind,” Anemone said.

We love our Law Enforcement Officers all around this great Country. What took place in NYC with water being tossed on NYPD officers was a total disgrace. It is time for @NYCMayor @BilldeBlasio to STAND UP for those who protect our lives and serve us all so well…

Anemone, who joined the NYPD at age 18, explained the meaning of the oath Fidelis Ad Mortem, or “Faithful til’ death,” which is sworn by members of the NYPD Honor Legion.

The former NYPD chief said police officers must make tough decisions while on duty no matter what politicians or the public will say afterward.

“You’ve gotta do what you have to do because you took an oath,” Anemone said, adding that the police officers should have made arrests during the water-throwing incidents, rather than walk away.

He said it’s “absolutely criminal” if officers are learning in their academy training not to respond in such a situation. 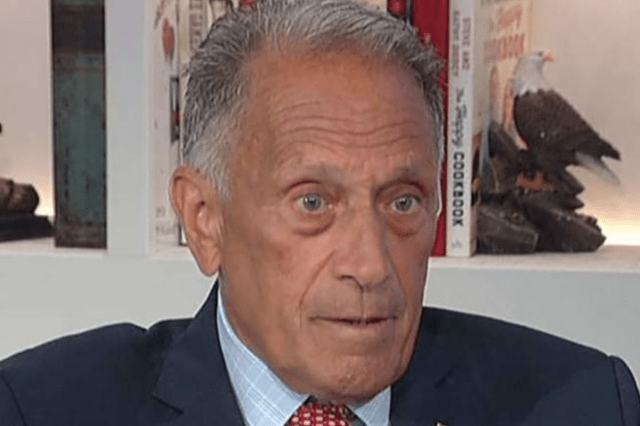 Let me explain — I am angry as hell at the “woke,” “progressive,” political establishment of New York City, who are a disgrace to the city of New York.

They collectively have created a situation that can only get worse for the rule of law in New York. They have replaced common sense, impartiality and honesty in the pursuit of happiness in the city with crazy theories about our subconscious prejudices and minority privilege.

The educational and criminal justice systems in this city are under attack by these “progressives,” with not a care for the consequences of these deranged theories.

Our mayor has indicated on a number of occasions now that he had “the talk” with his son about how not to enrage the racist police of the city if he is ever stopped by them.

Mr. Mayor, it is now time for you to have a different “talk” with your supporters in each of the boroughs.

You should begin by explaining to your supporters that you were wrong to attack the motives of the men and women of the NYPD.

You should then apologize to those men and women of the NYPD who put it all on the line, 24/7, 365 days a year for all people in the city — residents or tourists, businesspersons or employees, the homeless or condo dwellers, citizens or aliens.

Your next step should be training and teaching the youth of the city in correct, courteous behavior that is the norm in most civilized cities in the world.

You may also mention the fact that in the future, parents will be held responsible for the behavior of their minor children, while adult children will be answerable to the courts for their behavior.

People must expect consequences for their anti-social and criminal behavior. No excuses, no hard-luck stories, no placing the blame on our institutions of education, health and policing for the lack of civility, rude and dangerous, threatening behavior by far too many youths and adults in our city.

I am ashamed that members of my beloved NYPD — when confronted with behavior that could just have easily been life-threatening — did nothing. They turned their backs on a threat, walked away defeated, all the while in uniform.

We who have served understand that when you wear the uniform, it is not about you anymore.

These people have now become emboldened to take perhaps more serious action against a police officer thinking that there will be no consequences for them. This is a very dangerous situation for the other officers in that precinct, who may meet these same people on the street a day, a week, a month later.

Anemone is spot on. Is de Blasio listening? Based upon his political posturing, it is highly doubtful.