NEW YORK – Disgraced multimillionaire Jeffrey Epstein, who was accused of sex trafficking minors, died from an apparent suicide inside in Manhattan jail cell. As a result, the FBI is investigating, the Federal Bureau of Prisons confirmed Saturday.

Epstein, 66, was found unresponsive inside his cell at the Metropolitan Correctional Center in New York City around 6:30 a.m. Consequently, life-saving measures were initiated immediately by responding staff. He was transported to the New York Presbyterian-Lower Manhattan Hospital and was dead on arrival, officials said.

Law enforcement sources told Fox News that the initial call to the jail was cardiac arrest. Multiple reports claimed that he hanged himself.

The New York City medical examiner’s office told Fox News that an autopsy is pending to determine the cause of death.

The death comes two weeks after the wealthy man was placed on suicide watch after he was found nearly unconscious in his cell with injuries to his neck. At the time, it was not clear whether the injuries were self-inflicted or from an assault.

NBC News reported that Epstein was in his own cell at the time of his death and was no longer on suicide watch.

Epstein was arrested on July 6 over the alleged sexual abuse of dozens of young girls in his Upper East Side townhouse and his waterfront mansion in Palm Beach, Florida, between 2002 and 2005, according to the report.

Epstein reportedly created and maintained a “vast network” and operation from 2002 “up to and including” at least 2005 that enabled him to “sexually exploit and abuse dozens of underage girls” in addition to paying victims to recruit other girls.

Prosecutors said that victims would be escorted to a room with a massage table where they would perform massages on Epstein.

At the time of Epstein’s arrest, prosecutors said they found a trove of pictures of nude and seminude young women and girls at his $77 million Manhattan mansion. Moreover, they say additional victims have come forward since the arrest.

Epstein pleaded not guilty. He faced up to 45 years in prison if convicted.

Furthermore, his death also comes a day after thousands of documents were unsealed Friday in connection with a defamation cause against his alleged recruiter that revealed dozens of high-profile names including former Maine Sen. George Mitchell, ex-New Mexico Gov. Bill Richardson and Prince Andrew, Duke of York.

Virginia Roberts Giuffre, who has long claimed Epstein forced her to have sex with powerful men, claimed in the lawsuit that Epstein and his associate, Ghislaine Maxwell, kept her as a “sex slave” in the early 2000s when she was underage.

Her attorney, Brad Edwards, reacted to Epstein’s apparent suicide on Saturday, telling Fox News it was “unfortunate and predictable.”

“The fact that Jeffrey Epstein was able to commit the selfish act of taking his own life as his world of abuse, exploitation, and corruption unraveled is both unfortunate and predictable,” he said in a statement. “While we engaged in contentious legal battles for more than a decade, this is not the ending anyone was looking for.”

He continued: “The victims deserved to see Epstein held accountable, and he owed it to everyone he hurt to accept responsibility for all of the pain he caused. It is never too late to come forward with information. We will continue to represent his victims and will not stop in their pursuit of finality and justice.”

The multimillionaire’s arrest drew national attention, particularly focusing on a deal that allowed Epstein to plead guilty in 2008 to soliciting a minor for prostitution in Florida and avoid more serious federal charges. 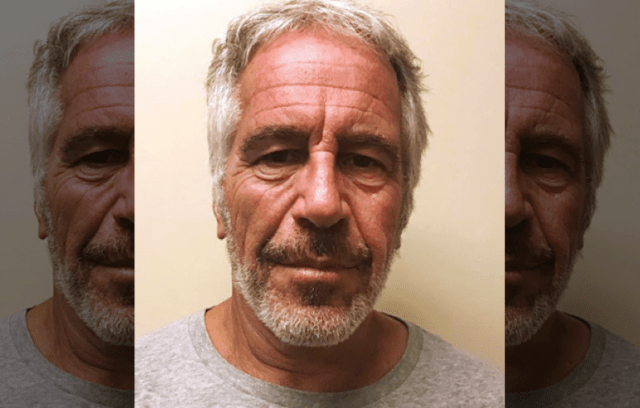 Federal prosecutors in New York reopened the probe after investigative reporting by the Miami Herald stirred outrage over that plea bargain.

Nevertheless, Epstein’s lawyers maintained that the new charges brought by federal prosecutors in New York were covered by the deal and were improper. They said he hasn’t had any illicit contact with girls since serving his 13-month sentence in Florida.

High-profile attorney Lisa Bloom, who presents some of Epstein’s accusers, tweeted Saturday that his death means a “consciousness of guilt.”

Jeffrey Epstein’s jail suicide means one thing and one thing only: consciousness of guilt.
He was charged with only two counts. But he knew. He knew he was guilty, and all his money would not prevent the inevitable conviction. He knew justice was coming and he could not face it.

“He was charged with only two counts. But he knew. He knew he was guilty, and all of his money would not prevent the inevitable conviction. He knew justice was coming and he could not face it,” she wrote.

Before his legal troubles, Epstein led a life of extraordinary luxury that drew powerful people into his circle of influence.

He socialized with princes and presidents and lived on a 100-acre private island in the Caribbean and one of the biggest mansions in New York. A college dropout, he became a sought-after benefactor of professors and scientists, donating millions of dollars in donations to Harvard University and other causes.

Still, it was never entirely clear how the middle-class Brooklyn math whiz became a Wall Street master of high finance.