CASHMERE, Wash. – A bungling felon from Washington state made a series of blunders when he shot himself in the testicles and tried to hide the weapon — all while storing drugs up his butt, a report said Wednesday.

Cameron Jeffrey Wilson, 27, was carrying a handgun in his front pocket while in his Cashmere, Wash., apartment on April 5 when the firearm accidentally discharged and went through his testicles and into his thigh, according to the Wenatchee World News.

Wilson, who is a 13-time convicted felon, told his girlfriend to dispose of the weapon before heading to the hospital, the news organization reported.

When the ex-con finally went to the hospital, a balloon of marijuana slipped out of his anus while a doctor was operating on the gunshot wound, court records show. 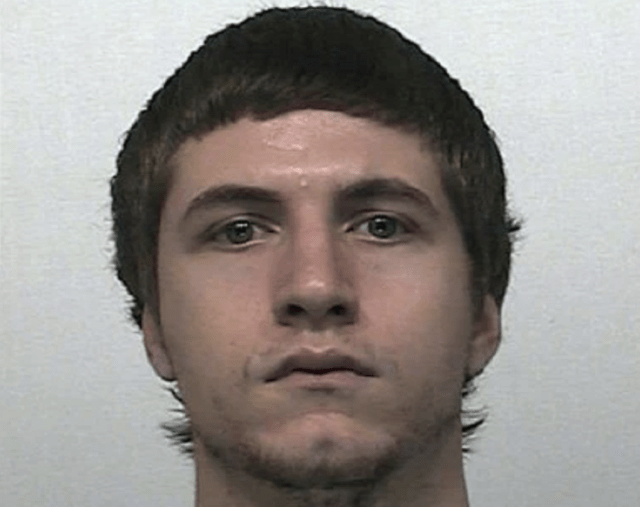 Officers also arrived at the hospital when alerted of the gunshot wound. As a result, they searched Wilson’s car where they discovered a bag of meth in the bloodstained jeans he was wearing when he shot himself.

Consequently, police obtained an arrest warrant for Wilson and he turned himself in April 18.

As he was being processed at the Chelan County Regional Justice Center, Wilson was strip-searched and another balloon of marijuana slipped from his anus, the paper said.

While in jail, Wilson made a number of calls to his girlfriend and asked her not to cooperate with investigators working on his case. Authorities were listening in on the calls.

Wilson pleaded not guilty on all counts. He was being held on $110,000 bail and is due to return to court June 18.