FORT SMITH, Ark. – An Arkansas police officer bought groceries for a hungry family of shoplifters. As a result, Officer Kenneth Martin was named “Employee of the Month” by his department for the act of compassion toward a desperate pair of would-be thieves.

Martin was one of two officers called to a Fort Smith Walmart due to the small family of shoplifters, KFSM reported. A husband, wife, and their young children had been caught trying to steal food from the international retail chain. While the man was arrested, Martin released the mother to take her children home.

That simple act of mercy might have been enough, but the Arkansas police officer was not satisfied to break even in front of hungry children in the dregs of winter. The officer’s own body camera captured his answer: “Their stealing food and they’ve got kids,” Martin said. “I have to take him to jail, but I don’t have to make the kids think I’m an ******.”

In the video, Martin then approaches the mother and children with a little bit of hope and some gentle advice. “I took care of these for you, okay?” he said. “I understand this is food and things that you need, but ask for some help. Don’t do this with these babies.” 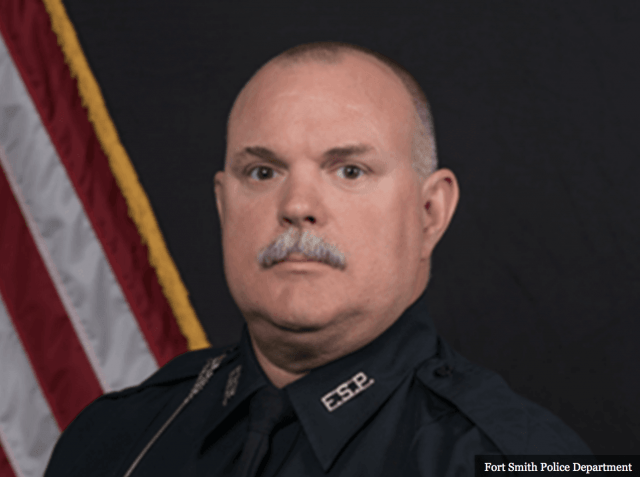 The Fort Smith Police Department lauded Martin’s dedication and work in an official Facebook post, but it seems unlikely that they are as thankful for him today as the children he fed with the groceries.