HUNTERSVILLE, N.C. – A North Carolina high school teacher recently charged with having sex with a student was found dead in her home on Wednesday along with her husband, according to officials.

The Huntersville Police Department said the bodies of Emma Ogle, 63, and her husband, 59-year-old Michael Ogle, were discovered by members of a SWAT team shortly after they made entry into the couple’s home in Huntersville, located north of Charlotte.

“It’s a very unfortunate situation,” Huntersville Police Officer Odette Saglimbeni said at a news conference. “It’s not a very common thing that we see here in Huntersville, so when it happens it’s shocking.” 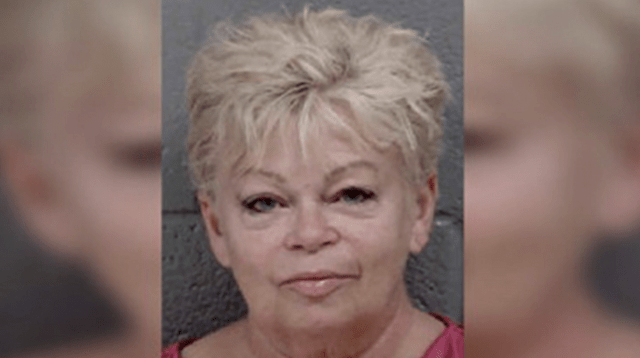 Emma Ogle, 63, was arrested on Halloween and charged with having sex with a student, crimes against nature with a student and felony indecent liberties with a student. (Charlotte/Mecklenberg Police Department)

Authorities responded to the home after receiving a call around 8 a.m. about a “barricaded suspect” inside, according to officials.

Before the call was made, Huntersville police said Michael Ogle had not shown up at work in the morning and was not answering calls, which prompted a family relative to go to the home to check on him. When the family member arrived at the home, they noticed Emma Ogle with a handgun and her husband dead inside, reported Fox 46 Charlotte.

“The information we have is that she was still alive when the family member got there and her husband was not,” Saglimbeni told reporters.

After contacting police, multiple agencies responded to the scene, including a SWAT team.

Police said they tried to make multiple attempts to contact the 63-year-old until going in at 9:51 a.m. and discovering the bodies of the couple inside. The two were found dead from apparent gunshot wounds, according to Saglimbeni.

While the deaths appeared to be an apparent murder-suicide, the Huntersville Police Department said the deaths are still under investigation.

“At this point, it’s really trying to piece together what happened,” Saglimbeni said.

Emma Ogle taught at Garinger High School in Charlotte before she was arrested on Halloween for reportedly having sex with a student. The 63-year-old was also charged with taking indecent liberties with a student and committing crime against nature.

The 63-year-old, a career and technical education (CTE) teacher, was hired by Charlotte-Mecklenburg Schools in 2005. She was suspended with pay after her arrest, CMS told FOX46 at the time.

“Charlotte-Mecklenburg Schools is aware of a tragic situation involving an employee that occurred off-campus and did not involve any student. Nothing is more important than the well-being of our students and staff,” the district said in a statement to FOX46 on Wednesday. “Social and emotional supports have been deployed for those affected in our district. Supports will continue to be available for any students or staff who needs them.”

Students at the school where Ogle worked say they were devastated and wished her family well.

“I hope they’re doing OK and may God be with them,” student Brian Flores told FOX46.