PHILADELPHIA – A 14-year-old suspect was in police custody on Thursday night in relation to the death of an animal rescue organization head who was found in his Northeast Philadelphia home on Monday, police said.

The suspect, a teenage girl, surrendered to police with her attorney. Police spokesman Sgt. Eric Gripp said no charges have been filed at this time, according to the Philadelphia Inquirer.

Albert Chernoff, 59, the president of Alley Cat Animal Rescue, was found by authorities naked and tied up to his bed with a large wound on his head and gashes on his chest just before 3:00 a.m. last Tuesday. 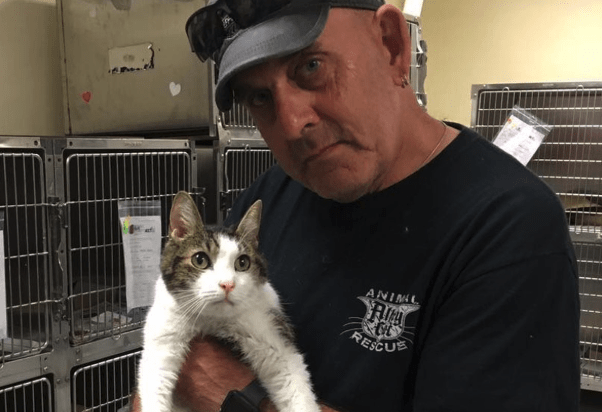 Consequently, he died at the scene.

“If you have rescued animals, cats in particular, in Philadelphia you’ve interacted with Al,” Blake Martin of ACCT Philly, a local Animal Shelter, told Fox 29. “He was a really sweet guy.”

On Wednesday, police released surveillance video obtained from the home of Chernoff, which shows an unnamed person walking through his living room, washing his hands in the kitchen sink and looking in the freezer and refrigerator before leaving his home. (The video was unavailable to the public at time of publication.) 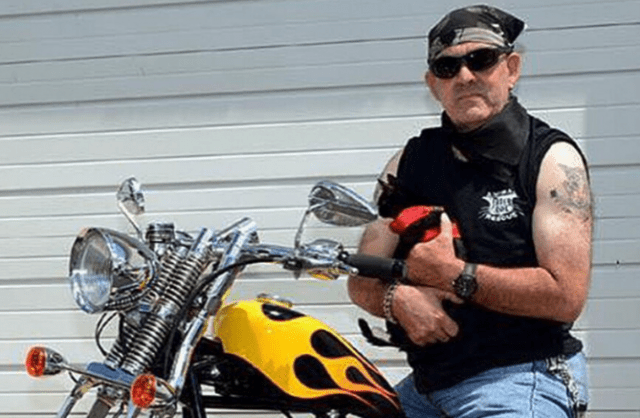 Albert Chernoff, 59, the president of Alley Cat Animal Rescue and lover of motorcycles was found by authorities naked and tied up on his bed with a large wound on his head and gashes on his chest just before 3:00 a.m. last Tuesday. (Facebook)

The person was described as having a thin build and short black hair. He was last seen in the video wearing a black jacket, long sleeve pink top, red sweatpants, white athletic shoes, and a black backpack.

As a result, authorities are offering a $20,000 reward. Police are currently waiting for the medical examiner to determine the cause of death.

It’s unclear if the person in the video is related to the 14-year-old who surrendered to police on Thursday.

Chernoff was found dead after a neighbor heard screams from inside his home in the 8400 block of Algon Avenue in Rhawnhurst, Pennsylvania and alerted local police.

“I was just driving by and I had to stop and take a peek and it’s still shocking to me,” Miriam Piatetsky told Fox 29.

Chernoff also was an Army veteran who loved to ride motorcycles. Neighbors said he took in and cared for a number of animals that had to be removed by Animal Control from his home following his passing. They will be transported to different rescue shelters, according to Fox 29. The animals included 11 cats, three turtles, and two albino frogs, which were originally brought to Animal Care & Control Team of Philadelphia (ACCT Philly).

“As bad as today was we were able to do right by him and do right by his animals because that’s the thing that he would care most about,” Martin told the outlet.