Former Tulsa police officer Dianna Muller pushed back on “The View” host Joy Behar for encouraging politicians to keep their plans to confiscate guns a secret until they hold office.

“It’s reinforcing the fact that conservatives feel like the liberals are prepared to lie, cheat, and steal in order to win,” Muller told “Fox & Friends” on Wednesday.

Behar was discussing former 2020 presidential hopeful Beto O’Rourke, a Democrat from Texas, and said it was foolish of him to announce his plans for gun confiscation before he was elected. She advised all politicians to go after the country’s guns after they’ve assumed office, Fox News reported.

“They should not tell everything they’re going to do. If you’re going to take people’s guns away, wait until you get elected — then take the guns away,” she said. “Don’t tell them ahead of time.”

Co-host Meghan McCain also weighed in on the issue and said O’Rourke – who has since ended his presidential bid – has poisoned the well and scared off independent voters from the Democratic Party.

“How disgusting is it that a woman with such reach and such influence on millions of viewers on a major network can propose for a candidate to lie in order to get their way and then impose a different will on the people,” Muller said.

O’Rourke dropped out of the 2020 race on Friday, telling supporters, “It is clear to me now that this campaign does not have the means to move forward successfully.”

Muller made headlines recently for her fiery defense of the Second Amendment at a House hearing on taking away assault weapons. 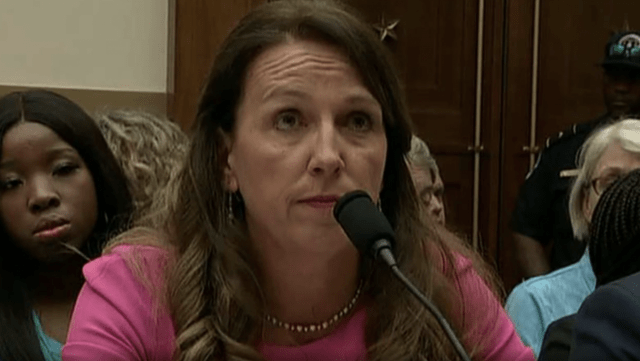 “Please don’t legislate the 150 million people just like me into being criminals. It has happened. You’ve already done it,” Muller said during her testimony, referring to the Trump administration’s ban on bump stocks, the devices that use a semi-automatic weapon’s recoil to make it rapidly fire like an automatic. “I was a bump stock owner, and I had to make a decision: do I become a felon, or do I comply?”

Should the government pass an assault-weapons ban, Muller declared, “I will not comply.”