FBI concludes Samuel Little is the most prolific serial killer in U.S. history

The FBI said Sunday that Samuel Little, who has confessed to more than 90 murders in the span of 35 years, is the most prolific serial killer in U.S. history after analysts were able to verify 50 confessions so far as part of an ongoing investigation into his past crimes.

Little, 79, told investigators last year that he strangled 93 people, mostly women, across the country between 1970 and 2005. In a news release Sunday, the FBI said law enforcement agencies were able to verify 50 of those confessions, with several more pending final confirmation, Fox News reported.

The agency said it believes all 93 confessions are credible, and investigators across the country are working to piece together the information he provided with unidentified remains and unsolved cases from decades past.

Little recounted that in 1971 or 1972 he met a good-looking, 18- to 19-year-old black male in Miami, Fla. Little said the male presented himself as a woman and was known to Little as Marianne or Mary Ann. Little dragged Marianne’s body approximately 200 yards into thick, muddy water. He does not believe the body was ever found. (FBI)

“For many years, Samuel Little believed he would not be caught because he thought no one was accounting for his victims,” ViCAP Crime Analyst Christie Palazzolo said in the release. “Even though he is already in prison, the FBI believes it is important to seek justice for each victim—to close every case possible.”

Little’s death toll surpasses that of Ted Bundy, who confessed to 30 homicides from about 1974 to 1978, and that of John Wayne Gacy, who killed at least 33 boys and young men in the 1970s. 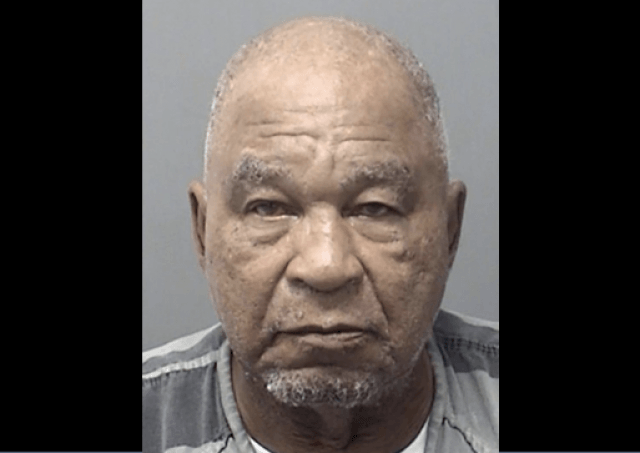 A Texas Ranger first began to interview Little while in custody about 18 months ago. This prompted him to provide contemptuous on-camera confessions describing how he preyed mostly on women who were prostitutes or lived on the fringes of society.

Little was arrested at a homeless shelter in Louisville, Ky., in 2012 and extradited to California on drug charges, according to The Courier-Journal. As a result, DNA samples taken in custody linked him to three unsolved homicide cases dating back to the 1980s. Consequently, in 2014, he was sentenced to three life sentences without parole.

In 1993, Little was driving a 1978 yellow Cadillac Eldorado to Los Angeles when he met a black woman on Owens Avenue or Jackson Street in Las Vegas. Little confessed to taking her to a motel room, where he strangled her to death. He said he then placed the woman’s body in the trunk of his car and drove to the outskirts of Las Vegas. He pulled off on a remote road and rolled the woman’s body down a steep slope. (FBI)

The FBI provided 30 color portraits, mostly of black women, who Little drew from memory, recalling how he killed each of them. In one of the several on-camera interviews released by the agency, Little spoke about how he strangled one woman to death in 1993 and rolled her body down a slope on a desolate road.

Little said he encountered a black female in a transient area of Little Rock, Ark., between 1992 and 1994. Little drove down a dirt road and manually strangled the woman to death. Little stated he placed the woman’s body on a pile of branches and old cornstalks in or near a corn field. He believes the woman’s name may have been Ruth and that her mother lived in North Little Rock. (FBI)

In another video, he described a victim in New Orleans. “She was pretty. Light colored, honey brown skin,” he said with a small smile. “She was tall for a woman. Beautiful shape. And, uh, friendly.”

He said it was 1982, and they met in a club. She left with him in his Lincoln, and they parked by a bayou. He recalled: “That’s the only one that I ever killed by drowning.”

In August, Little pleaded guilty to murdering four women in Ohio. He was convicted in California of three slayings in 2013 and pleaded guilty to another killing last year in Texas. In the Sunday news release, the FBI also provided new information and details about five cases in Florida, Arkansas, Kentucky, Nevada and Louisiana and asked the public for help in identifying the victims.

Little stated that in approximately 1984, possibly in the summertime, he was driving his Lincoln Continental Mark III from Loraine, Ohio, to Cincinnati. While en route, he met a 25-year-old white female outside a strip club. He drove up a small dirt road to the top of a “little round hill,” where he strangled the woman in the backseat of his car. He left her body on the top of the hill. (FBI)

Authorities in Knox County, Tenn., said Monday that a woman named Martha Cunningham was likely a victim of Little’s. The Knoxville News Sentinel reported in December that a cold case investigator with the Knox County Sheriff’s Office had identified the victim who Little called “Martha.” The Knoxville mother’s body was found in a wooded area in eastern Knox County in 1975.

A pair of hunters found Cunningham’s body on the afternoon of Jan. 18, 1975. She was bruised and nude from the waist down; her pantyhose and girdle bunched around her knees. Her purse and some of her jewelry were missing. Her body appeared to have been dragged into the woods and dumped behind a pine tree, authorities said at the time.