CHICAGO – Chicago Police Superintendent Eddie Johnson was fired Monday a few weeks before his planned retirement. The stunning termination by Mayor Lori Lightfoot issued alongside a stinging rebuke of the city’s top law enforcement official that cited his “ethical lapses” and “intentionally dishonest” answers regarding a controversial October incident.

The ignominious end to Johnson’s tenure comes a few weeks after he announced plans to retire at the end of the year. His decision to leave the job came amid intense scrutiny of an Oct. 17 encounter in which police officers reportedly found Johnson asleep in his car at a stop sign. Lightfoot later said Johnson confessed to her he had “a couple of drinks with dinner” before getting behind the wheel that night, and the incident was still being investigated as of Monday, Fox News reported.

“Upon a thorough review of the materials of the Inspector General’s ongoing investigation, it has become clear that Mr. Johnson engaged in a series of ethical lapses that are intolerable,” Lightfoot said in a biting statement Monday. “Mr. Johnson was intentionally dishonest with me and communicated a narrative replete with false statements regarding material aspects of the incident that happened in the early morning hours of October 17.”

She added: “Had I known all the facts at the time, I would have relieved him of his duties as superintendent then and there.” 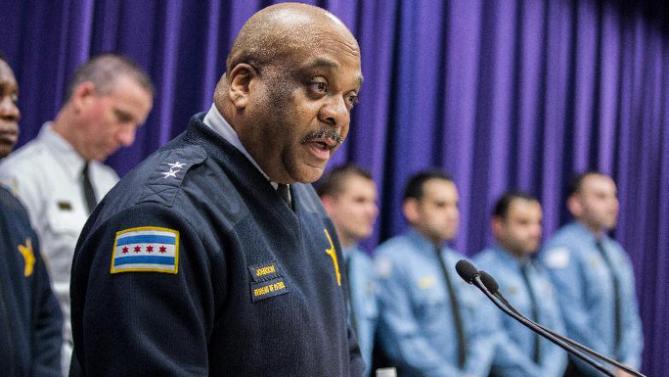 Eddie Johnson was named superintendent of Chicago Police Department in 2016 by then Mayor Rahm Emanuel. (Zbigniew Bzdak/Chicago Tribune via AP)

Lightfoot went on to say Johnson “has misled the people of Chicago.”

“The 13,400 sworn and civilian members of the Chicago Police Department who work hard every day deserve a leader who they can believe in,” she said.

At a hastily called news conference, Lightfoot declined to offer details “out of deference” to Johnson’s wife and children and the ongoing investigation. The report may become public in the future, she said.

In the meantime, retired Los Angeles Police Chief Charlie Beck, who was already named interim superintendent in Chicago, was to take over immediately, Lightfoot said. 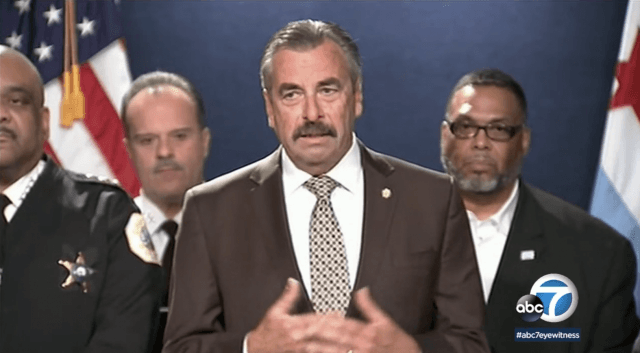 In October, Johnson called for the department’s internal affairs division to investigate the incident. He said he felt lightheaded while driving home, pulled over and fell asleep. Moreover, the police superintendent said he wanted the public to be confident that both he and the officers had acted properly, Fox reported.

Johnson, a native of Chicago, was named superintendent in 2016 by then-Mayor Rahm Emanuel, who had fired Superintendent Garry McCarthy after video was released showing Officer Jason Van Dyke fatally shooting 17-year-old Laquan McDonald. Johnson, then the interim chief, hadn’t even applied for the role, but Emanuel eschewed the recommendations of the police board and chose him.

Johnson also has come under withering ridicule from President Trump, both on Twitter and in a recent Chicago speech — that Johnson boycotted — to a national conference of police chiefs. During the appearance, Trump called Chicago a haven for criminals.

At the early November news conference in which Johnson announced his retirement, Lightfoot said he’d agreed to serve through the end of the year.

“These stars can sometimes feel like you’re carrying the weight of the world,” said Johnson, referring to the rank insignia on each shoulder. “This job has taken its toll, taken a toll on my health, my family, my friends.”